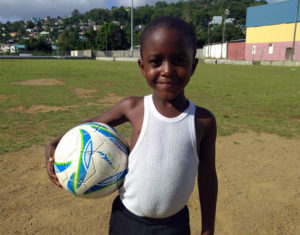 Football has the highest participation levels of any sport on St Lucia, with competition and participation for both males and females surpassing that of any other sport. There are a range of competitive leagues on the island, including senior male domestic divisions 1 and 2, senior female domestic league, local area district leagues, as well as a healthy range of youth competition, ranging from U23 down to U16 (male school level) and U15 (female school level). The popularity of football on the island has been spurred by recent recognition on the world stage. The national team has delivered some extremely encouraging performances against some of their Caribbean island rivals, and in more recent years have excelled against some top class competition, with both the male and female national teams competing in the qualifying rounds of the FIFA World Cup. By joining our football coaching volunteer project you will assist in the development of football on the island from a grass roots level, and also gain experience working with some of the islands top football clubs.